When it comes to the Pawlice, you never know just what’s going to happen.  I tp’d into a funny time at The Golden Delta just as a *wild* jail and bail was underway, one that included a particle show bust-out by Golden Delta Sim builder and sponsor Alia Baroque.  The Grand Finale?  Why, a bit of Tiny-flavored RiverDance, but of course!

All that I’ve got to say to that is:  WAFFLES! 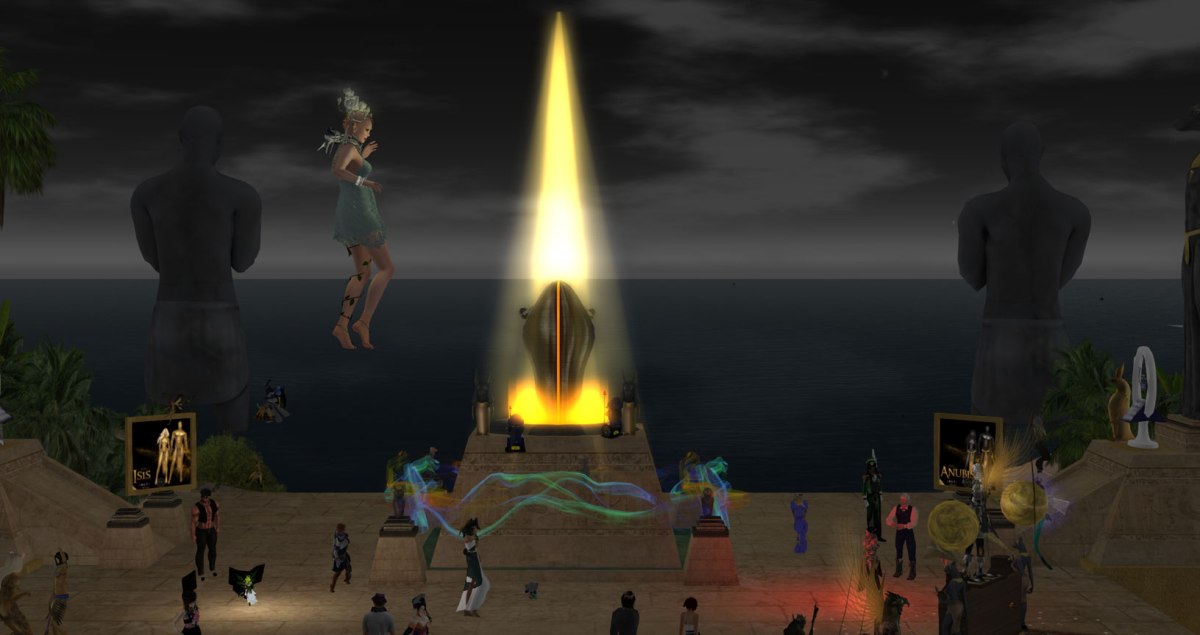 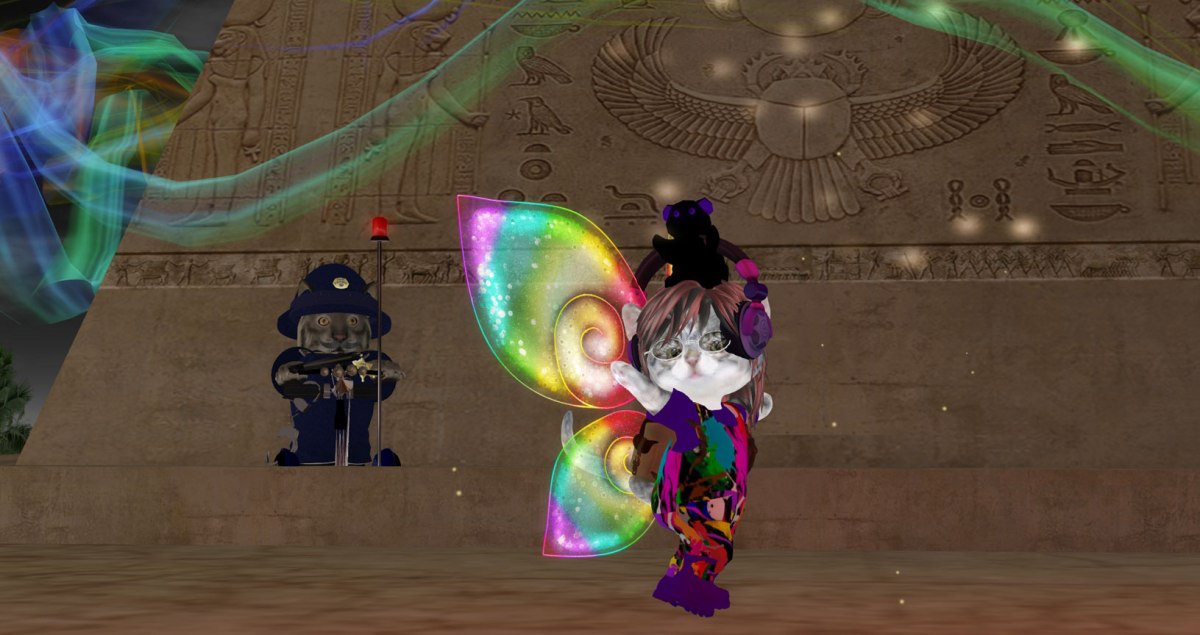 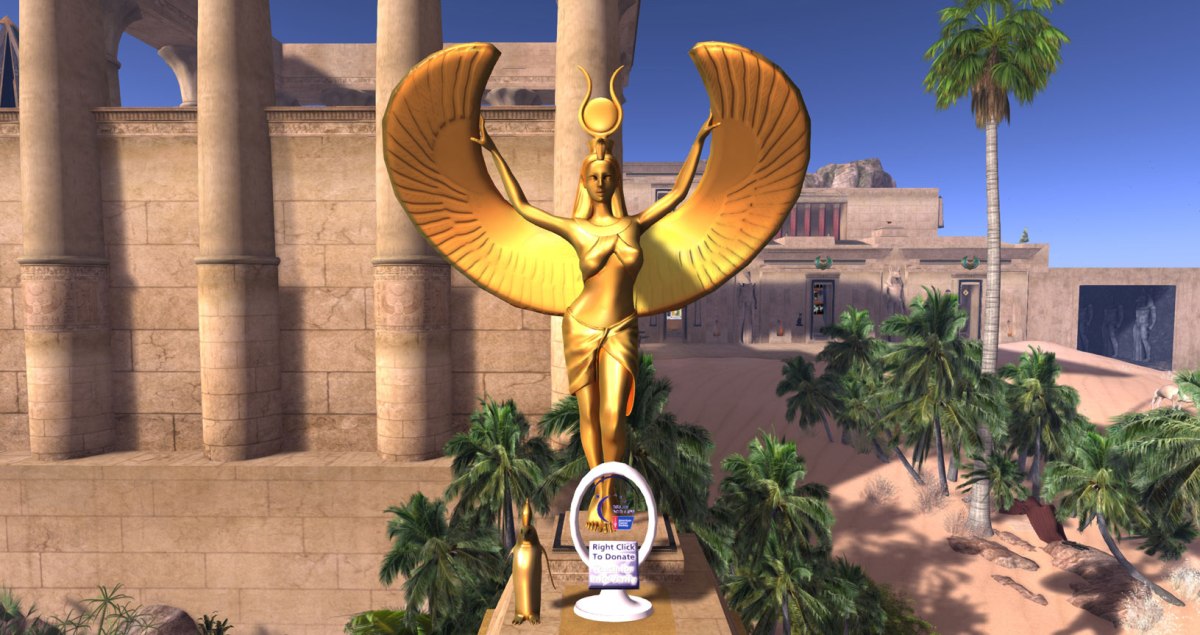 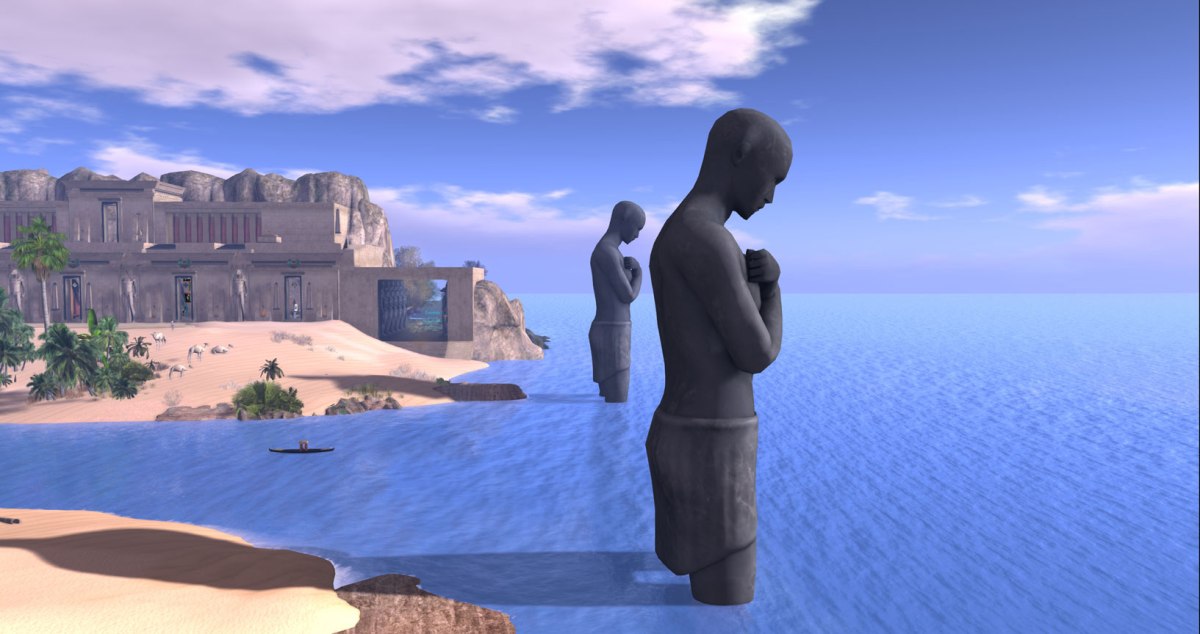 I always wanted to feature more of these incredible builds, so in between fashion posts, I’ll put up some photos of the incredible Fairelands that I’ve had a chance to take along the way.  So gorgeous…do make sure to go to any and all of the sims!  Without further ado, here are a couple of photos of:

When you fall, the thundering winds drown out screams.

Her body somehow rose in spite of the descent.  Gravity loosened its grip, somehow turning Bloom’n upright as the trees harrowingly rushed up past her.  Some unseen force somehow set Bloom’n on the ground, gently onto her feet.

“What the…,” Bloom’n gasped softly and surveyed her surroundings.  She flicked at terra firma under her sole as if she couldn’t believe what had just happened.

Evening greeted the land.  Then suddenly, starlight gave way to a larger brightness.  But only a moment, until all at once a somber dark fell over the land.  Almost as if it had chased Bloom’n straight down from the sky.

She crouched low behind a thicket.  The Fairelands indeed ring, she thought and had long heard the tales of such happenings, only now she witnessed it to be true.  Its valour chimes like the sharp edges of well-hewn swords that glitter like starlight in battle. She secured her own long blade in its sheath across her back and with both hands free, creates an imperceptible spyhole in the bush.

Watching quietly, studiously.  Then she sees it.  A small void grows a mere few feet ahead, blanketing out the many RFL of Hope.  The Faireland chimes less often suddenly, falling prey to a growing, deafening silence.

“There,” Sage whispers from inside the thicket.  Bloom’n startles, then says, “Your ability to blend in puts Chameleons to shame.”

“Concentrate,” Sage urges unblinkingly.  “There…”  She points with her voice and slowly begins to reveal herself.  A low glow outlines her form, even brightens in intensity.  Yet somehow the void resolves into a deeper shade of black…somehow snarling its intent.

“Here we go,” Bloom’n says in hushed tones while the land itself rumbles as if in protest to the growing darkness.  She slides her long blade out from its sheath and readies herself.  She feels Sage being to vibrate.

Her arms and hands spread outright, Sage whispers an ancient mantra of the Eternals.   Particles of searing light grow with Sage’s chant, building and swirling until all at once they fly off of Sage’s hands into the darkness and cracks the void apart, casting Light and Stars to dance all around the RFL vendors of Hope, ringing chimes throughout the Fairelands and leaving in the Light’s wake the powerful meaning behind the Eternal incantation:

…this time, a series of dance performances in the Sapphire Mirror Lake sim, with each beautifully executed throughout.  I am overly sleepy – gladly so – after a full day of storming the Fairelands and writing posts (soon to be published), and so will update this post tomorrow with credits, etc.  Good night, Worlds, sleep well! 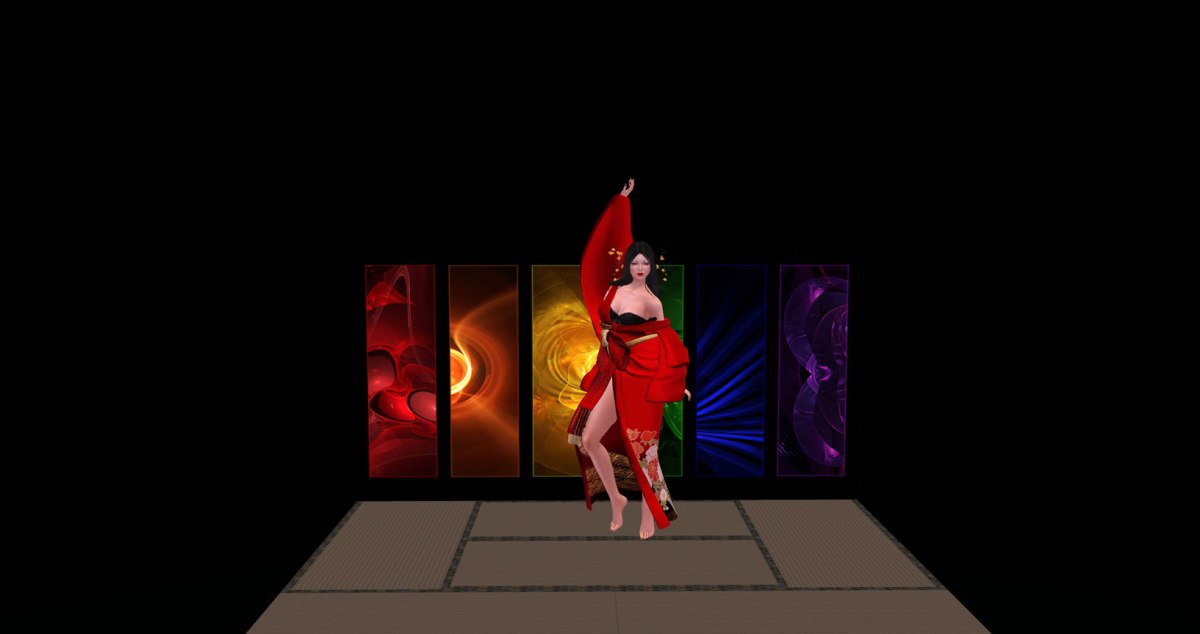 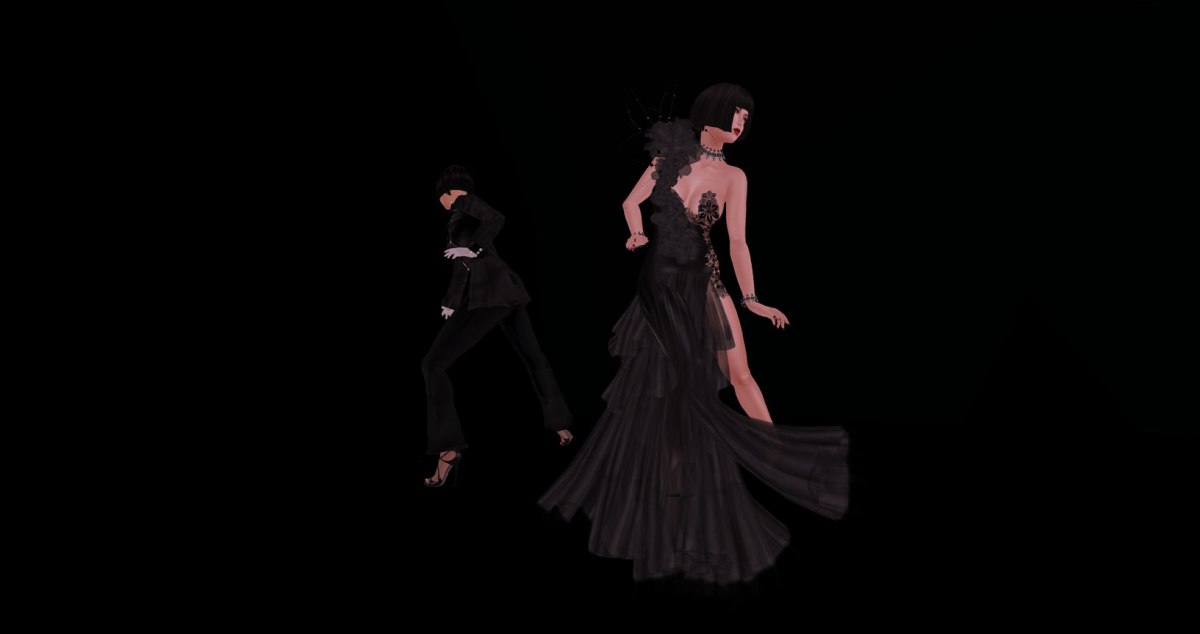 A petite sitting next to me, and her tag indicates she’s a FF performer too!

me, plopping a squat in Otherworld before counting sheep 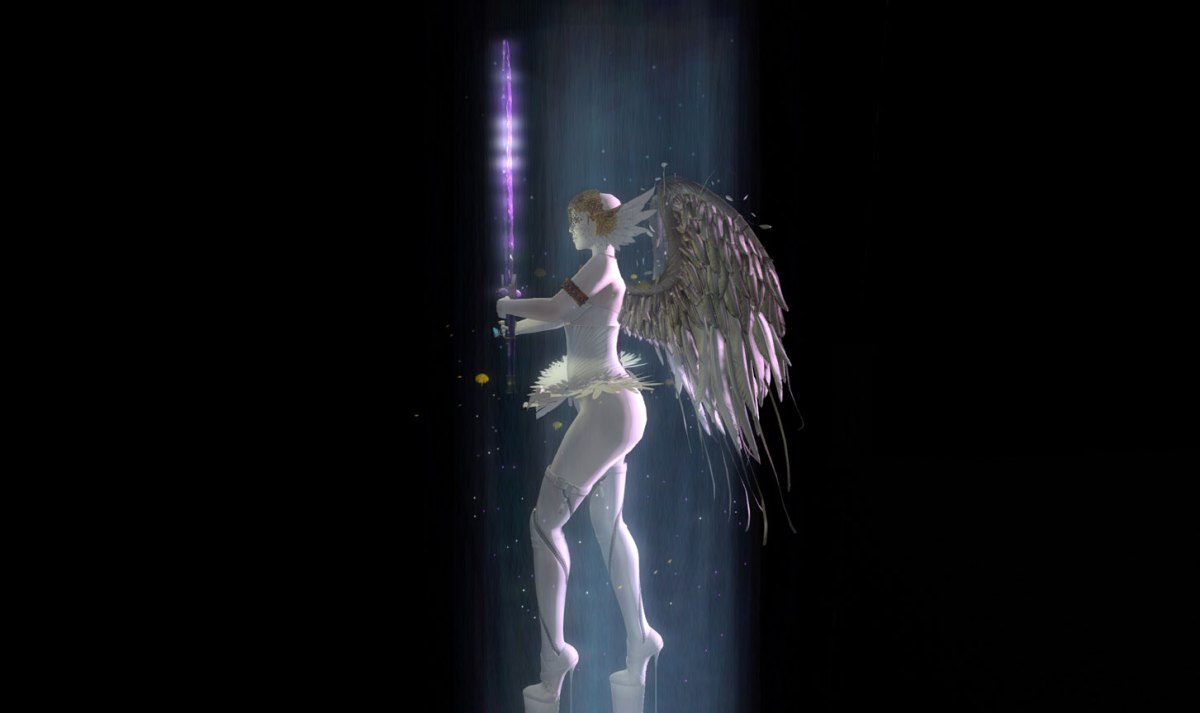 Darkness filled the sim suddenly, blinding her to time and space and shape.  She felt lightness give way beneathe her being, and all at once, Bloom’n froze in the air.  Her flight slammed shut.  Her body plummeted to the ground.

“I shall have you,” a hateful snarl echoed through the night.

Bloom’n swung her head around.  She grasped at the air rushing through her fingers, lashing between her hairs and pummeling against her limbs.  She willed Hope to appear out of seemingly nothing and nowhere, to stand One with her.  And even though she fell fast and hard like a brick, Bloom’n believed. 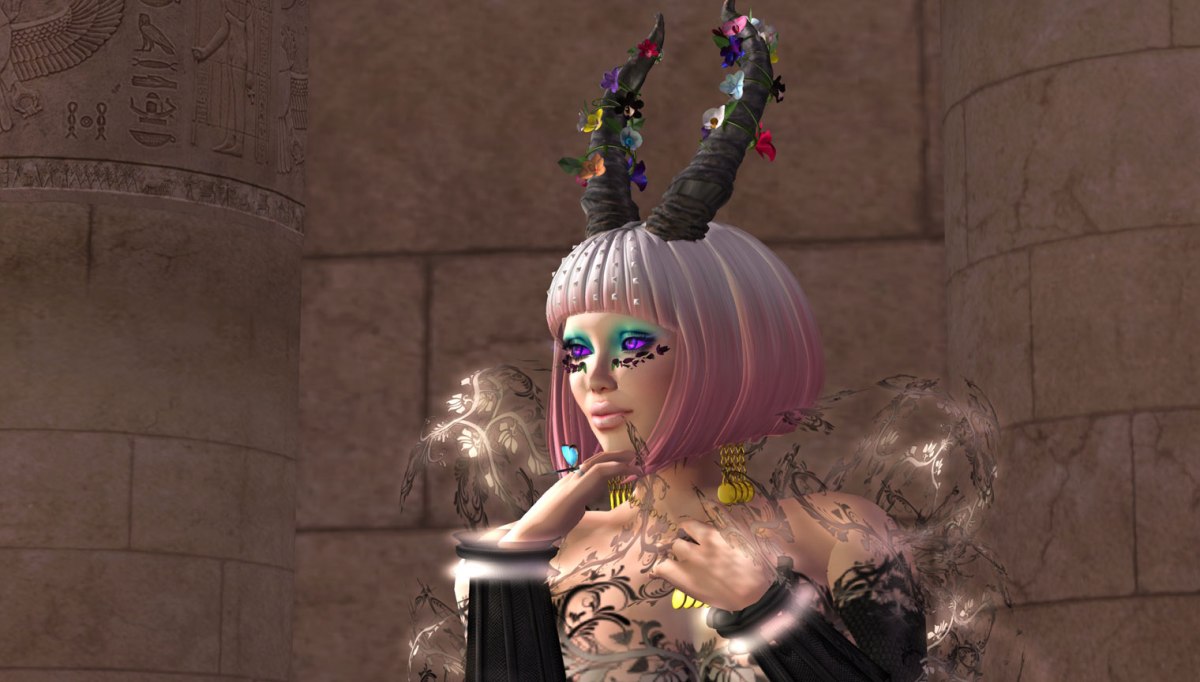 Day 2 ~ Being Far More than you ever thought Possible

Bloom’n and the Svelte Sage wrangle magic.  They transform reality.  They split atoms, bending shapes and time, yet holding ever constant to this:  a full commitment to win in this Great Battle of All Time.

First, the Thin White Elf, for Bloom’n.  Then, the Dragonfly Fae, and now, something beyond.

She squints her otherworldly eyes, feeling the depths of Milky Ways coursing through her being. The Svelte One has rocketed through the heavens ahead of her.  Bloom’n lifts her head slightly, hearing the call.  Then rises and swoops further into the Fairelands.  Storming in flight with One purpose in mind and heart.

“To finish this damned fight,” she gasps in committed intent.

Her lavendar eyes glisten.  Her heart pounds.  She breathes ardently and says: