“Order” and “Expanding Universe,” both skins from Fallen Gods in Zodiac (build by Alia Baroque and sponsored by Fallen Gods), are lovely, mesmerizing ones. For me, made even more compelling when worn with the crushed opals from the Expanding Universe skin. (A belated note: I’m not sure if “Order” is still available as it might be a limited skin that was offered only during a special jail and bail event.)

I’ve been stalking the true nature of “Order” and “Expanding Universe” ever since I got them. They seem to call through the ages with tales far and wide and surprising even, and yet silently compel the immediate telling of a single frame story.  And so I’ve found myself stalking a look to photograph. But where? Anywhere, true, but there is a warm/cool feeling to these pieces that’s jumped out at me. They are lovely, radiant skins, near yet far, carrying secrets and mysteries before time and with a smile and a wink – and maybe even wide-eyed scan – carrying those secrets and new ones well beyond time itself. Yet glance along the skins and you soon discover sources of life…life in the heavens, life in the stars, Life on Mars…and hints in abundance of life stripes of all manner and variety. And so a particular near-far mood of innocence coupled with age-old wisdom directed me to particular windlights well suited for the backdrop of a sky made icy-hot as it rises just above Gaia’s cliffs in the frozen region of the magnificent steampunking Auxentios Pass (build by Faust Steamer and sponsored by  [ContraptioN]). This isn’t the first look at “Order” or “Expanding Universe” that I’ve hunted out and it won’t be the last. Elusive as order in the universe may be at times, it seems both have a great deal to say.

(Also shown: “Harpy” body feathers from Trap in Sirens Lore. The wings are not part of “Harpy” and are instead a separate item from LOVE in Cassiopeia.) 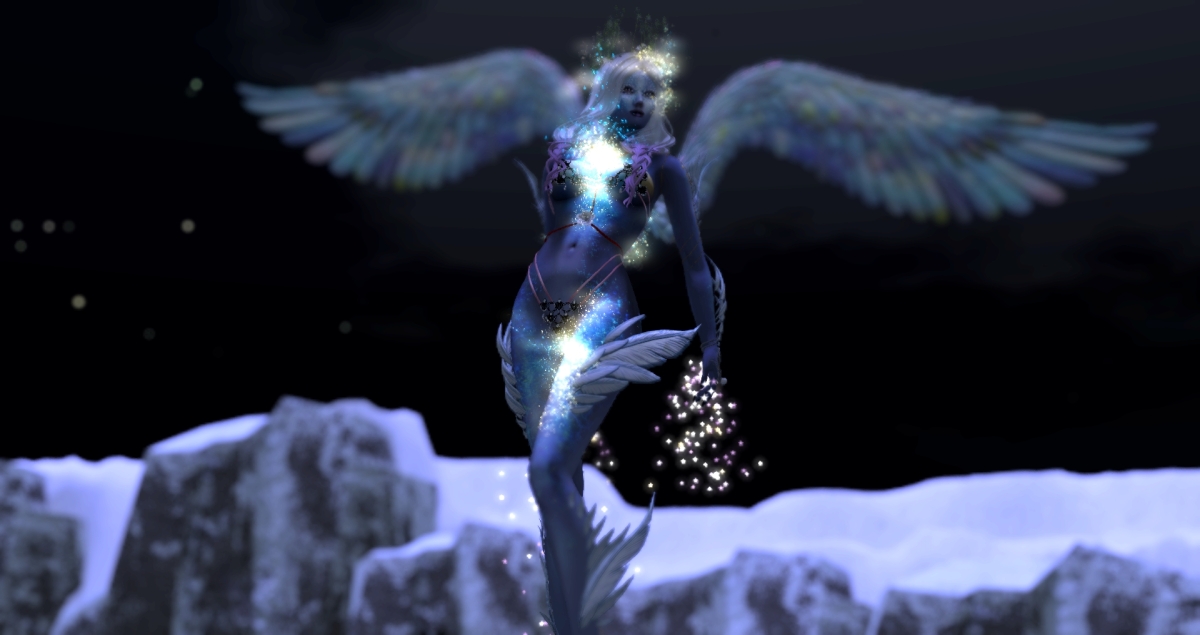 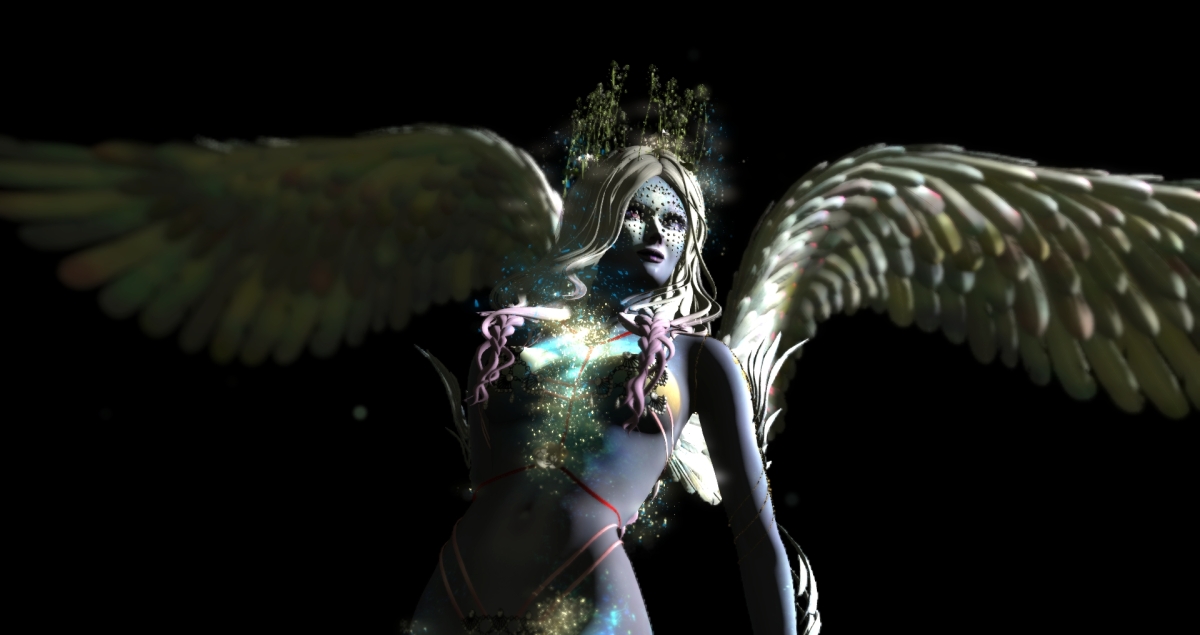