I am absolutely *wild* about a mind-boggling gorgeous creation called “Artifact” from long-time friend and uber talented designer Tiffy Vella of Eclectica Jewellery.  Tiffy dropped “Artifact” to me the other day, and I’ve been stupefied by its presence ever since.  Its beauty, dimension, and status just stagger the mind.  It comes complete with color-changing hud, which provides about 9 stone color variations.   “Artifact” is so regal, so royal, so breathtaking, so stunning that I’ve spent considerable time marveling at it instead of taking photos.  I show it in a few windlight settings so you can see there’s *real* dimension in the stones and the metal etchings of these pieces.

“Artifact” is a *WOW* jewelry set.  It’s gorgeous, truly utterly gorgeous.  Run, trust me, just run straight to Tiffy’s shop and pick this up.  No matter what metal variety you select — Nacre, Silver, Gold, or Black — you will *adore* this ensemble.  *Adore* it.  Wow, Tiffy, thank you so very much for the great beauty you render in your pieces and the very great joy your incredible talents give. 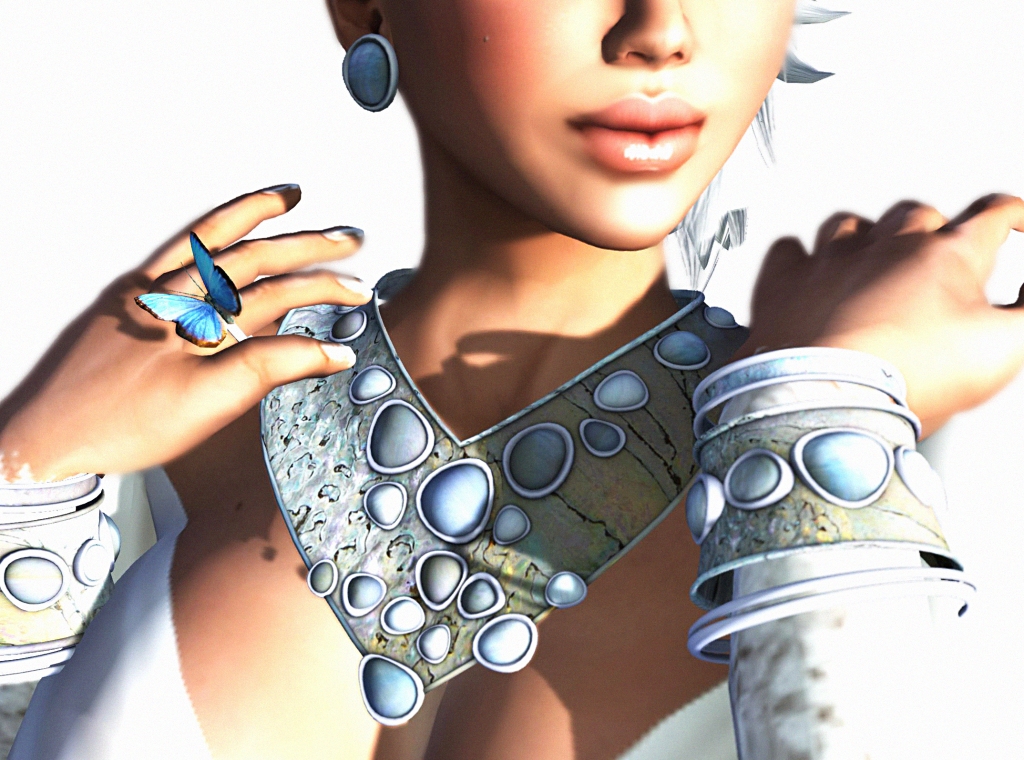 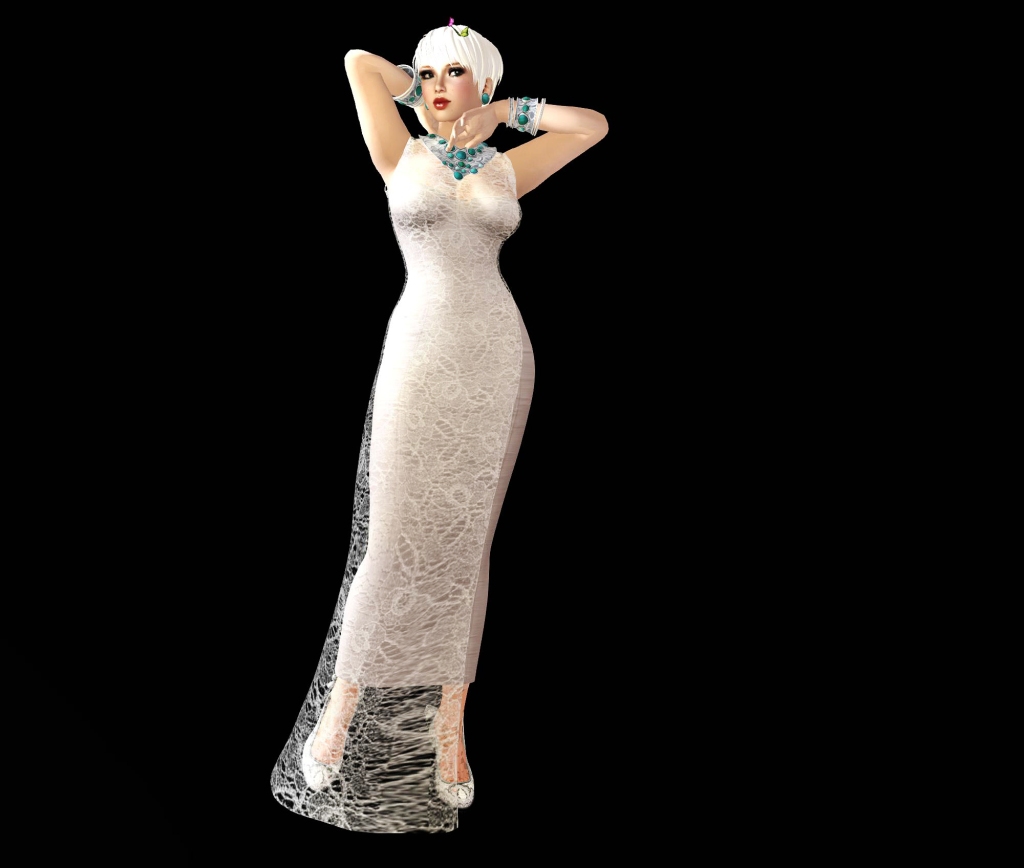 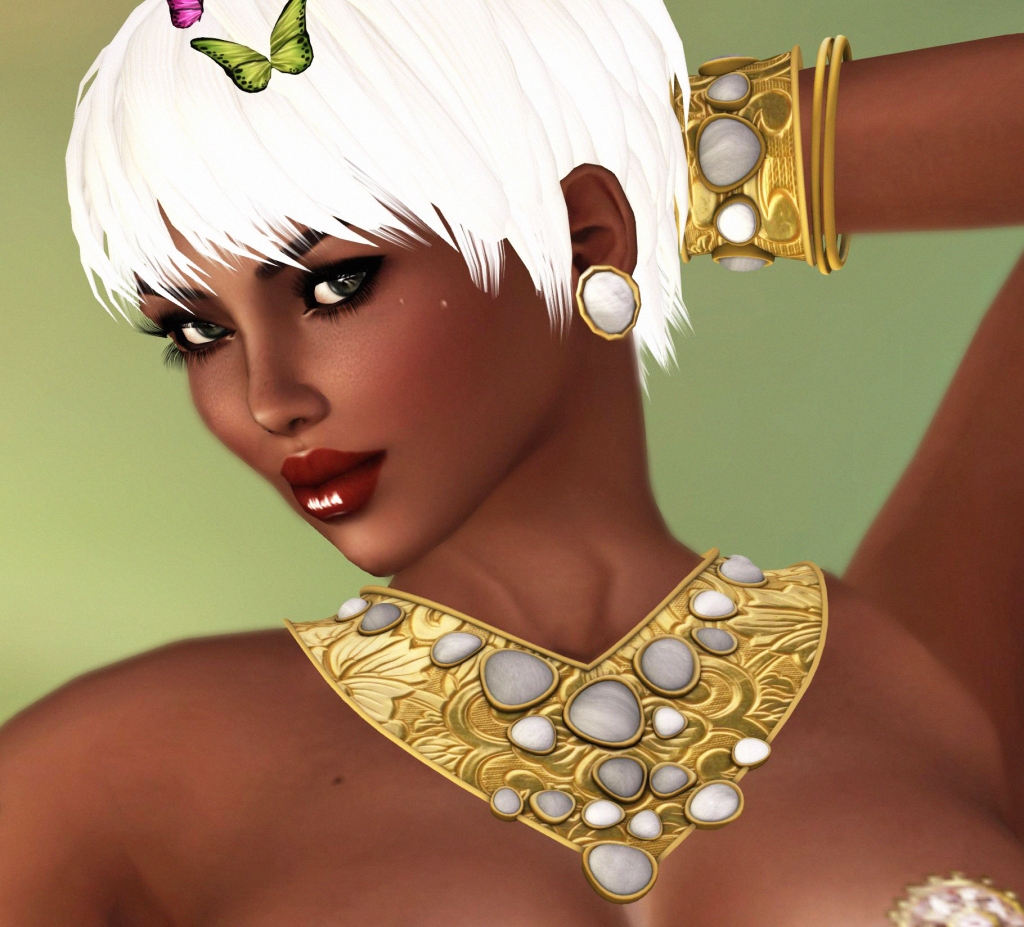 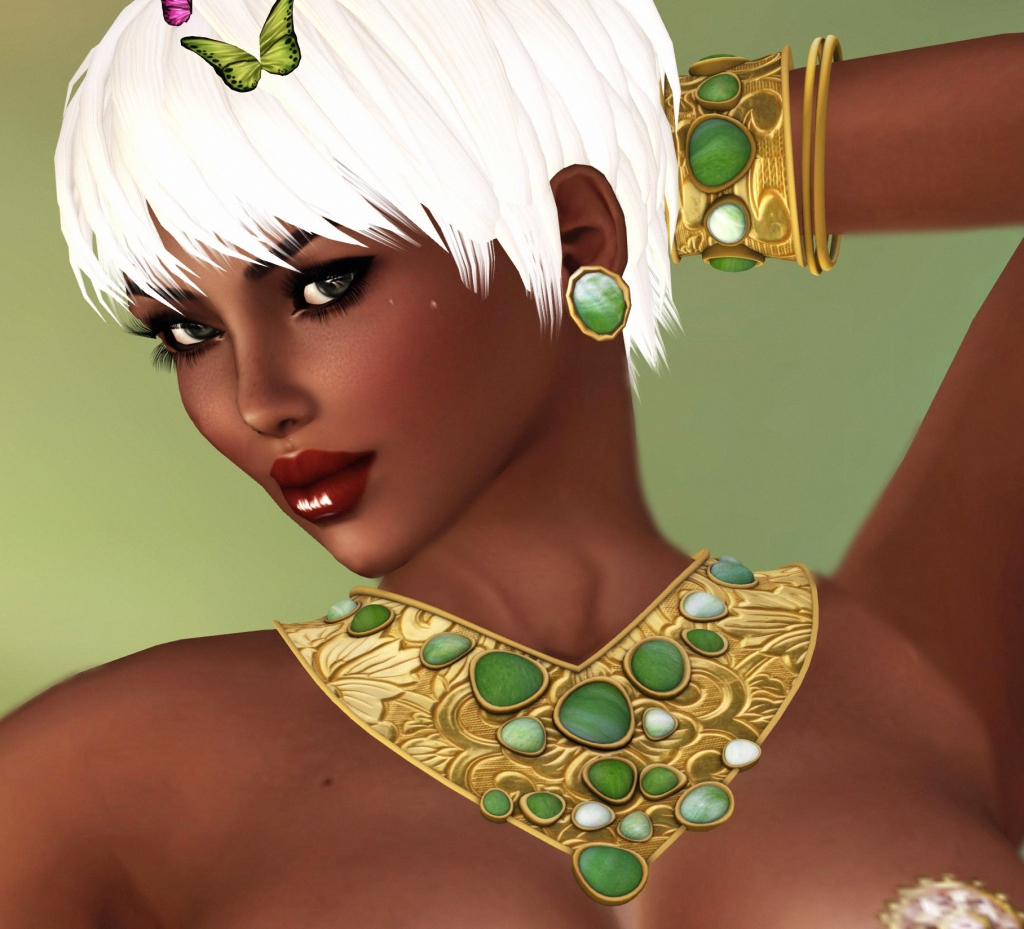 I wrote this late in the night when I found myself in a sleepless although fatigued state.  That’s the time, it seems, when I tend to channel a somewhat pissed-off Woody Allen if only in bits and pieces.  (Because unlike me, the real and complete Woody Allen would make something genius of this rant.  So now that you’ve been forewarned, enter at your own risk.)

It’s nearly midnight and the winds are howling outside, with temperatures hovering around  a windchill so negative, the creative marketing types felt a need to name it the Polar Vortex.

If I didn’t know better, I would think we’ve all been so exceedingly rude to Mother Nature that Gaea’s Good Green Earth is giving all of us a cold-as-a-witch’s-tittie What-For.  And why the hell not.

What good is running around in a complete, whipping flurry every day — just because we can — if we don’t even have the first clue who we are and what we value?  I’m no longer impressed by those — including myself — who drone on about doing “so many things” as if being Exponentially Unfocused deserves some kind of medal.  As if all of us are supposed to buy into the dillusion that Endless Activity equates with Superior Achievement.  When it clearly doesn’t.  Achievement isn’t quite so cheap as to be had through constant hyperventilation.

What is the point of multitasking if when we eventually get to the truth of the matter, the truth reveals that behind the curtain of all that Doing Doing Doing is mindlessness.  Why is it not only possible but feasible that Disney’s Tasmanian Devil could EASILY being the mascot for this, the age of “Solid (Multi-tasking) Work Ethic” or the model behavior for this “New Age of Being.”

Is there a Pause Button any more?

That is assuming we even remember how to create any type of quiet reflection.

Give it a try.  This third Polar Vortex certainly invites it.

Listen to Reflection Howling to be Heard.

Oh my word… just look at what we can do