Vrem Vaniva’s commitment to honing her craft has really paid off.  With each new creation, her talents continue to shine.  I’m lucky enough to be in Vrem’s group of friends who receive her newest fashions just before they are made available in her shop VreMode.  Her latest creation is a gown called “Starlight.”  I show it in purple and also in blue.  It’s a very feminine, very magical gown.  Along with its wonderful design and elegant wearability, “Starlight” comes complete with matching shoes and a skin tone hud.  Not that many designers include shoes with their gowns so seeing them was a delightful surprise.  When I wear “Starlight,” I feel like a princess from another galaxy.  It just has a wonderful, ethereal and somewhat exotic quality all at the same time.  And all of those qualities work together so beautifully, making the garment live up to its name.  Here’s the slurl to delightful friend Vrem’s shop VreMode, where you can pick up a lovely bit of Starlight too. 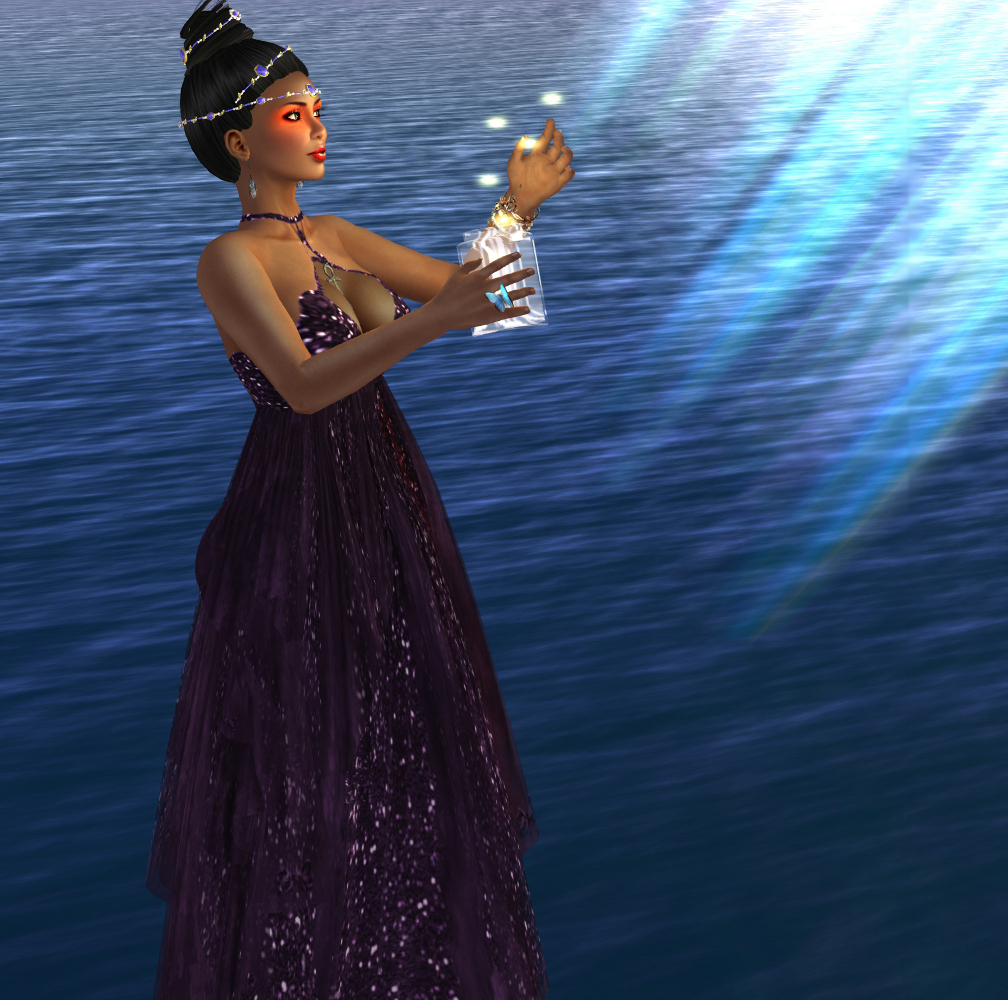 During last Thursday’s 50L event, very wonderful friend Dale and I joined equally wonderful friend Calli and tp’d to a store called Estel.  Estel is a new brand with a modest volume of content (so far) but it’s already very easy to see the store is definitely worth checking out.  Case in point, this lovely new skin called “Bianca” that I show in this post. (Photographed in Appleblossom windlight.  And as Calli said “This is a lovely Grown Woman’s skin.”  Indeed, it so very much is.)

While we explored the shop, we had the wonderful good fortune of meeting Aisling Caiben, store owner and content creator.  Aisling was busy at work but evenso, she greeted us warmly and made us feel right at home.  Our four-way chat was delightful and reminded me so very much of the early days in SL when random encounters between creators and buyers-explorers sparked greetings and conversation.  It’s still so fun when that happens, like it did at Estel.  And it’s just icing on the cake to also find such heavenly creations, like this “Bianca” skin.  Be sure to head on over to Estel not only now but also as the brand grows.  Pick up some truly lovely lovely creations, all of which no doubt have Aisling’s delightful personality baked right into them. 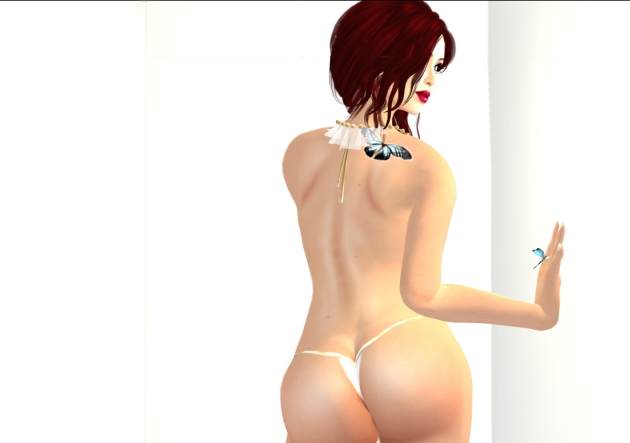 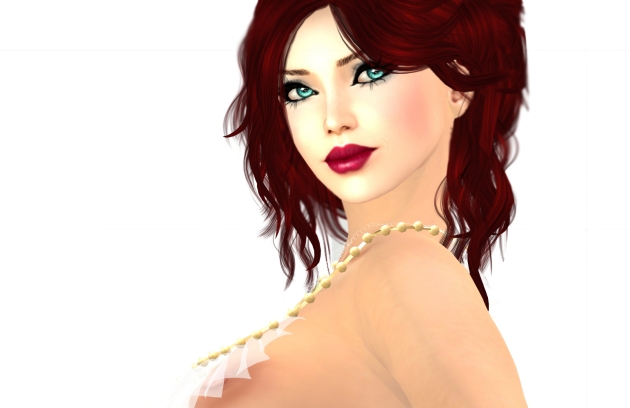 This speaks for itself.  All The Goodness can be found here: 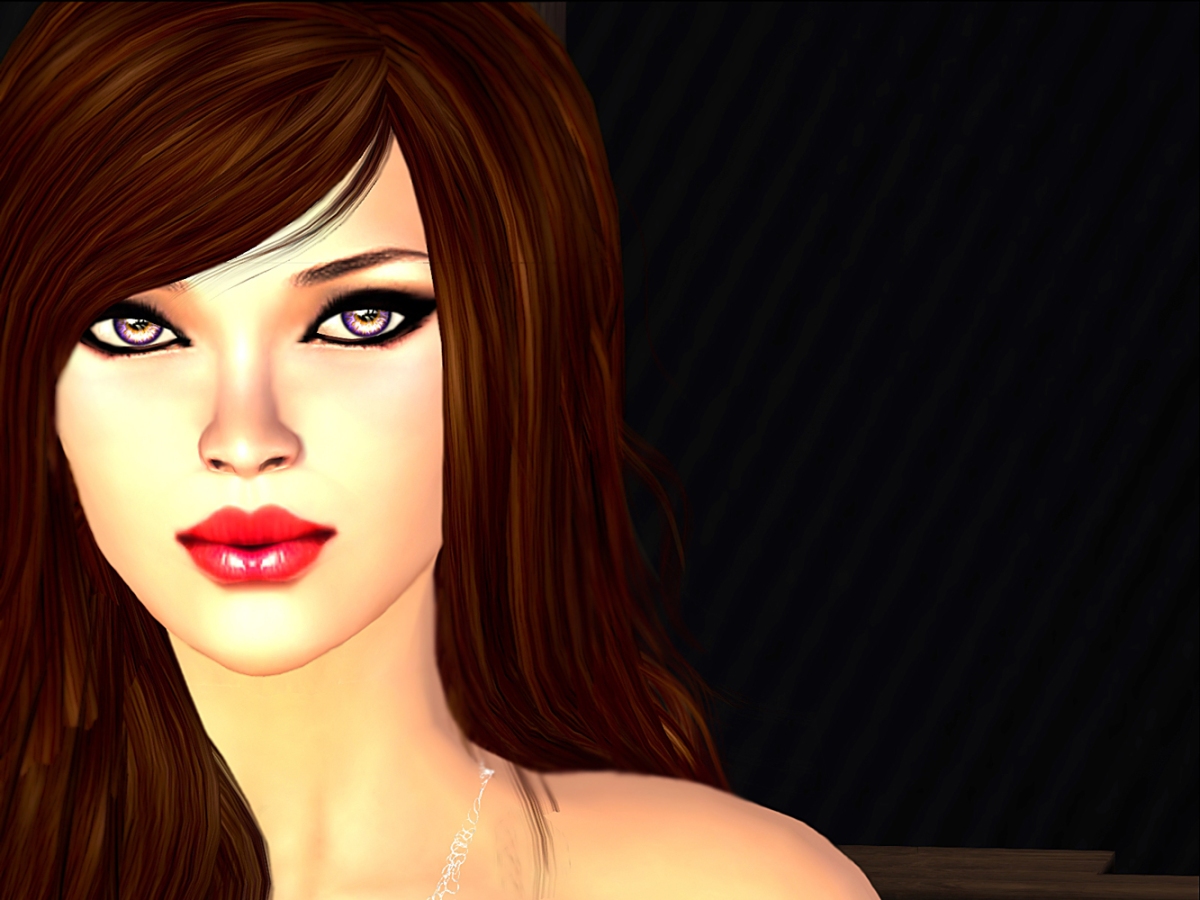 From the One Voice event, I stumbled upon a wonderful designer Inka Mexicola, creator of Essences. I visited her Essences main shop today because Inka has a skin there with my name on it. Literally. Here I am wearing “Michelle” (shown above with light post-processing). I also picked up fat packs for the coordinating eyeliner and lipsticks. What a glorious skin and a glorious fit.

Essences carries clothing as well. It seems to be a small shop so far, but with lovely quality like this I don’t expect it will stay small for long.

My very first skin was a Gala skin, presently known as Curio skins.  Like many others, I’ve learned of the content theft surrounding this wonderful brand and the necessity for an expensive legal fight.  Like so very many others, I wanted to express my support in many ways, including purchasing a number of wonderful items from the One Voice Fundraiser for Curio.  A portion (50% to 100%) of the sales price goes to help Gala Phoenix pay for legal services to battle copyright infringement (details from Curio’s weblog), loss of professional livelihood, and defamation of character.  If you live by the motto of picking and choosing your battles, the only choice in this instance is what Gala is doing and that’s taking this fight on.  Let’s continue to help.  “One Voice” runs through July 16th.  Fashion details for the items in this entry are listed at the end of this post.

Gorgeous Items shown at One Voice:

Gorgeous Items shown NOT at One Voice:

I’m at work.  I should be doing work things.  In fact, I was until just seconds ago when I read a great piece in the NYT called “The ‘Busy’ Trap.”   I particularly like this passage:

Idleness is not just a vacation, an indulgence or a vice; it is as indispensable to the brain as vitamin D is to the body, and deprived of it we suffer a mental affliction as disfiguring as rickets. The space and quiet that idleness provides is a necessary condition for standing back from life and seeing it whole, for making unexpected connections and waiting for the wild summer lightning strikes of inspiration — it is, paradoxically, necessary to getting any work done. “Idle dreaming is often of the essence of what we do,” wrote Thomas Pynchon in his essay on sloth. Archimedes’ “Eureka” in the bath, Newton’s apple, Jekyll & Hyde and the benzene ring: history is full of stories of inspirations that come in idle moments and dreams. It almost makes you wonder whether loafers, goldbricks and no-accounts aren’t responsible for more of the world’s great ideas, inventions and masterpieces than the hardworking.

What has happened to the concept of “reflection”?  How many times have you stopped and thought about…absolutely nothing…and done that for more than 2 minutes?  I don’t mean meditating.  I mean the practice of what used to be a reflexive act of spacing out.  It’s become more like an Art now.  So very few of us do it or do it well.  I don’t space out nearly as often as I used to.  The interesting thing is that without those mental wanderings to Wherever I find it has become increasingly more difficult to be creative, to have something meaningful to say, to connect pieces together.

How do we keep churning out content — much less truly innovate — if we never have time to Not Think?  I haven’t a clue.  It feels increasingly like a mouse running in a wheel, going faster and faster but going nowhere fast.

You know what?  It’s become a big deal.  Isn’t it amazing?  But it really has.